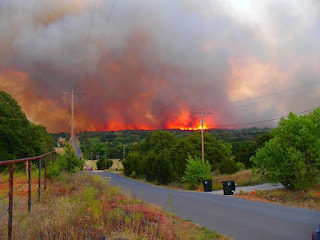 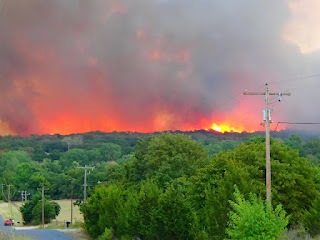 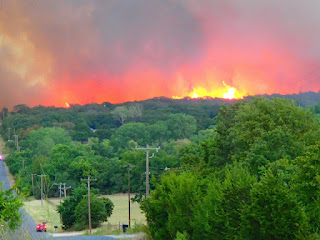 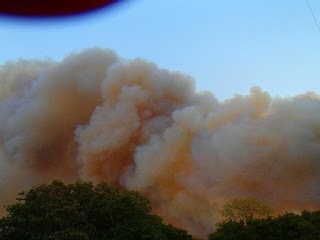 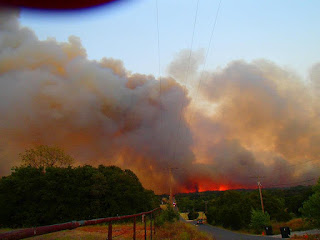 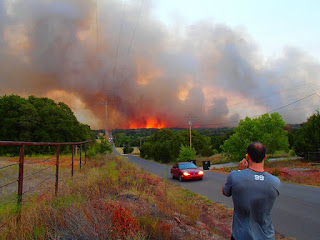 Oklahoma is struggling right now..struggling with record breaking heat, drought and wildfires.  Last week there was a devastating wildfire just east of where I live that destroyed many homes, killed one person and did a massive amount of damage both to property and to nature.

We were watching the news anxiously because the fires were so close to friends homes and to Clear Bay trails which is where I love to run more than anywhere else.  The heroic firefighters managed to save a number of homes that were in danger and they managed to save the Thunderbird Horse Stables as well as all of the Clear Bay area, including my trails.  The fire came right up to the edge of the trails on two sides and as much as I love that area out there, I will never take it for granted again!  When I was so worried that it might all burn I was thinking about what a precious resource it is and how long it would take to regenerate and regrow the area and knew it would take many many MANY years and so many wild animals would have been displaced.  It would of just added to the tragedy if such a great outdoor space had been lost.


My brother was out fighting the fires there and he said that deer were running all over the area wild-eyed, not knowing which direction to go with all the of the fire and firefighters all over their home.  I'm happy that they still have the Clear Bay/Little River areas to live and that I still have a place to go to run and to see them...I see more deer out there than anywhere I've ever been, sometimes I see as many as up to 20 deer in one evening!

Dave and I drove as close as we could get to the fire and I wanted to share my pictures here...it was horrific to see, knowing how much damage it was causing to all of the homes and lives out there.

Pray for rain!   Earthquakes, wildfires, tornadoes, ice storms and blizzards...Oklahoman's are tough, but I wish we could have a mild year where we don't need to be tested quite so much.

If you'd like to make a donation, information can be found HERE.