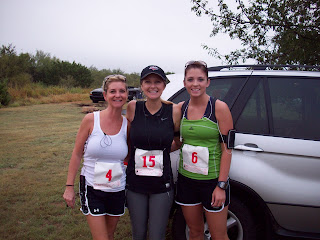 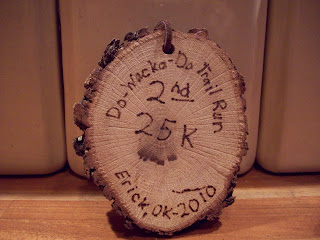 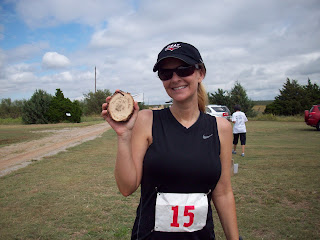 Ahhhh...the taper! I love/hate it.  Love the time that's immediately freed up since I'm not running in the evening.  Hate that I eat non-stop and have so much energy I'm bouncing off walls!
Three more days till the trail run and I cannot WAIT!  Is there really anything better than running on new trails and meeting new trail runners?  (I think not)

Happy first day of fall!
Posted by Julie at 6:51 PM No comments:

Just around the corner

All summer long I anticipate fall.  I love everything that goes with fall, the crisp morning runs, planting chrysanthemums, Halloween, the end in sight to lawn mowing and no more ticks.
All through those hot August days I kept telling myself that fall was "just around the corner"...just have to make it to September!  Well, September is here and half over and the temperatures are still in the 90's pretty much every day.  YUCK!  I'm ready for fall to BE HERE!  While I love running, (a LOT) I love running so much MORE when it's cool outside.
Training is going good still!  Averaging about 25 miles a week. 12 on trails and 13 on the roads.  Once fall sets in and the ticks and poison ivy are gone on my local trails I'm hoping to do all my running on trails.  ITB is fading into the background.  Wearing the ITB strap, icing and only running every other day seems to be doing the trick. (knock on wood)
Do-Wacka-Do 25K trail race is next weekend.  No goals for time really on that race..but I would love to be somewhere around 3 hours.

Happy running!
Posted by Julie at 6:45 PM No comments:

First blog entry! Not sure how consistent I'll be with this blogging thing, but since I do enjoy reading other runners blogs so much I'm going to give it a go.  I want to have a  record to look back on someday of my trail running and races.

I'm 19 days out from the Do-Wacka-Do 25K in Erick, OK.  This is a first year trail race and I'm super excited to run it.  My friend and daughter-in-law will be making the drive with me and they are running the 5 miler.

My training has been picking up and I'm happy so far with how it's been going the last two months.  The IT Band is still making it's presence known, but is tolerable.  I'm icing three times a day, taking homeopathic anti-inflammatories daily, foam rolling, stretching, yoga and hip strengthening.

I thought about signing up for Turkey & Taturs 25K next weekend but am afraid that the hills might be to much for the IT Band and I'll set myself back to much.  So I'll just keep on doing what I'm doing and hope that I can keep building mileage.  I'm up to about 22 miles per week now with my last weekend long run of 12 miles.

So excited that fall is almost here and I'll be able to run trails again with no poison ivy, snakes or chiggers to worry about!
Posted by Julie at 1:59 PM 2 comments: