Just hours before leaving for the Grand Canyon to run rim-to-rim, we got word of a major pipeline break in the canyon that shut down the North Kaibab trail, making canyon crossings impossible.  Some calls were made to the park service and we were assured that there was no possible way the trail would would be open in 5 days when we were set to run. Bummer.  We quickly canceled North Rim Lodge reservations and decided to stay at the South Rim one more night.  We changed our route and added on mileage.  (I must add, once we got to the Canyon we found out that they had built a small section of detour trail and rim-to-rim WAS possible, but it would of been too difficult to again change our plans.)  The new route looked like this: South Rim Trail down to Phantom Ranch.  Phantom Ranch to Ribbon Falls.  Turn around at Ribbon Falls and head back to Phantom Ranch.  From Phantom Ranch to the River Trail and up Bright Angel back to the South Rim.  We guesstimated about 27 miles and started our journey at 4:40am on June 6th.  I'll let pictures do most of the talking, but I'll say that it was one of the most beautiful, toughest and memorable days of my life. We ended up with almost 35 miles for the day and 16 hours of fast packing.  To anyone going to the Grand Canyon, do not believe the mileage signs!  If they say it's 2 miles to the next rest area, count on it being 3.  Rough day, but one of my most treasured memories with some of the best friends a girl could ever have. 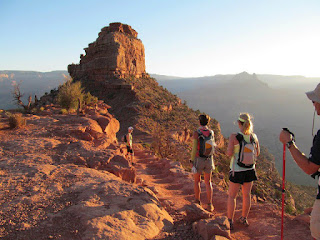 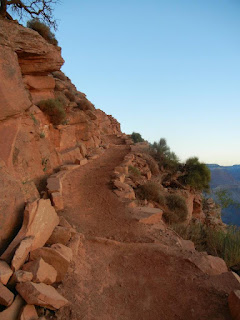 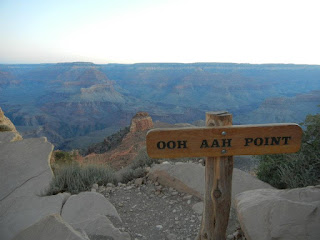 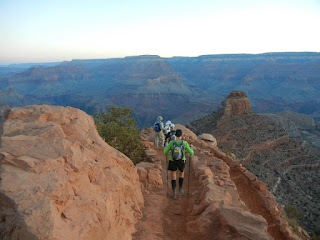 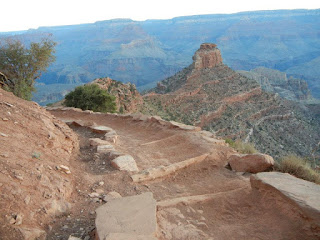 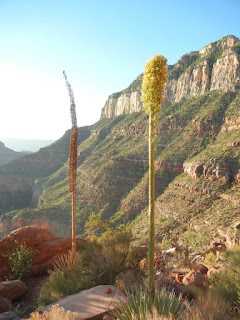 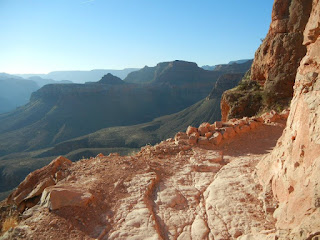 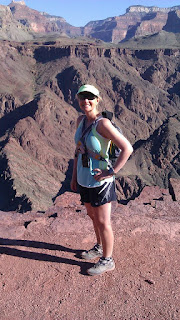 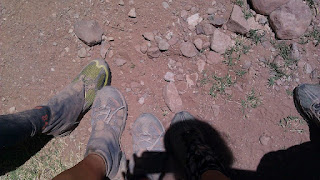 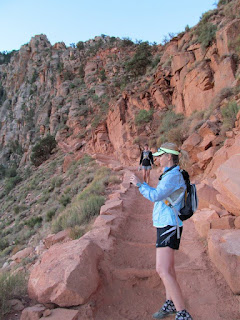 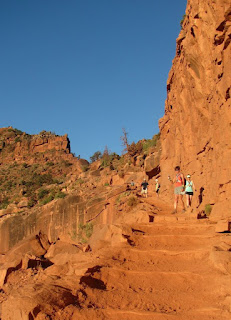